You are here: Home / Dense Breasts 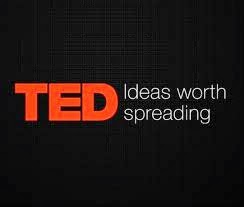 If you haven’t been exposed to the TED site, I would recommend you visit it. It’s fascinating. TED is an organization devoted to Ideas Worth Spreading. It started out (in 1984) as a conference bringing together people from three worlds: Technology, Entertainment, Design. Now, there are 2 conferences a year and they post short videos from them on youtube. You can find them easily by googling “TED videos.” They were started by a guy named Richard Saul Wurman, a very interesting character, who I met in person a few years ago when I worked at J&J.

I now subscribe to TED on facebook, so that I get their newest videos automatically sent to me and the one below is so remarkably relevant to me that I just have to post it for you to view. This woman, Dr. Deborah Rhodes, developed a new tool for tumor detection that’s 3 times as effective as traditional mammograms for women with dense breast tissue.

Ever since I started having mammograms, I’ve always been chastised about how dense my breasts are….”you have such dense breasts….your breasts are so dense, it’s hard to read the films”…me and my annoying dense breasts. I never actually realized how important that was, or exactly what it meant. I thought they were just bemoaning the fact that they couldn’t really get a clear picture on my mammogram.

I had no idea that having dense breasts meant it made finding tumors in my breast almost impossible. So impossible that even after a very thorough mammogram, an ultrasound and several physical exams, no one found the second lump in my breast until many weeks later, after I’d had my initial lumpectomy and almost randomly, by chance.

Weeks after my lumpectomy, my surgeon and radiologist were discussing the case and the radiologist mentioned the possibility of a second tumor. My surgeon ordered an MRI and that’s when the 2nd, very small tumor was found. This is why I had to have 2 surgeries; the original lumpectomy and then later the mastectomy. Since then a lot of the women I’ve talked to told me that they’ve also been told that they have dense breasts and they’ve had difficulties with mammograms but never quite understood what it meant.