You are here: Home / Second Chances
“I figure life’s a gift and I don’t intend on wasting it.  You don’t know what hand you’re gonna’ get dealt next.  You learn to take life as it comes at you.  To make each day count.”
— Jack Dawson, Titanic

Does anyone else my age think that the song “I wanna be a Billionaire” by Travis McCoy expresses the exact opposite sentiment of the artists we (baby boomers) grew up with? When I was in college, musicians were singing about peace, love and understanding (and sex, drugs and rock ‘n roll) but none of them expressed any interest in financial gain. It’s so odd to have a musician say he wants to be on the cover of Forbes magazine. When I was that age, the very LAST thing we wanted was traditional success.

OK, just had to get that off my chest after hearing it in the car about a zillion times today, as I carted my kids around to their various activities. 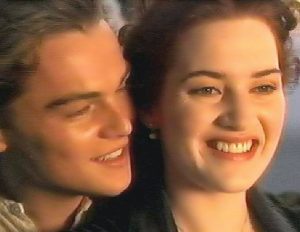 The other day I was watching (for the bajillionith time) Titanic, one of my favorite movies, (and yes, it is as sappy as they come, but I just love it and cannot get enough of that young Leonardo DiCaprio). Remember the very corny scene towards the end, where Rose is in the ocean on that handy raft thingy they found, promising Jack that she’ll make it and go on to live a long, full life? While watching it the other day, I had this very strong and intense thought that I had been given a second chance, too, just like Rose and anyone else who might have survived the Titanic. OK, I know that’s about the corniest thing you can ever even imagine, but I seriously feel that way – that I’ve been given a second chance. 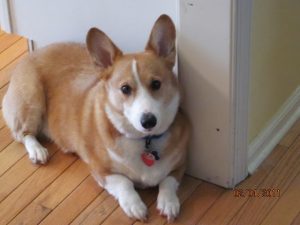 And then the next day, while taking Tucker (our 3 year old Pembroke Welsh Corgi, more about him in other postings to come) for his walk, I started to think about what I would want to do with this second chance I’ve been given and it occurred to me that all I ever really seem to do in my life is work or chores. Seriously. That seems to really be all I ever do. So…..I decided to figure out a way to squeeze some fun into my life.

And one of the things I also decided was that this blog had started to become a daunting chore, because I’d decided it had to be “serious” and cancer worthy, and full of tips and hints. Well, to be quite honest, I don’t really have that many tips or hints on what to do if you find you have cancer. I mean, who the heck am I to tell you how to take care of an exceedingly terrifying illness? If there’s one thing I’ve learned about cancer, it’s that no one really has any clear cut answers, so what kind of advice can I give people? I’m more than willing to lend an ear and try to offer my input, but I sure don’t have any pithy advice or knowledge.

So, this blog is going to be just me writing about whatever strikes me. Hopefully, sometimes it will be funny, and I’ll bet that often it will have references to my year of living with cancer, but I don’t want to JUST focus on that, ’cause I’m getting ready to move on from this year. So if that’s something you would be interested in, I’d be thrilled. If not, I’ll try not to be disappointed and I won’t hold it against you.

Now, back to injecting some fun into my life. I found that I don’t really have any grandiose ideas. I don’t want to change the world, I just want to be around people I care about. I want to see my sisters and brother and dad more. I want to be out in nature more. I want to travel, I want to take road trips. I want to bring Tucker along, because he makes me live in the moment (what with the constant peeing on every tree we pass).

I bought myself a little Canon Elf camera because I’d like to start taking pictures again, the way I used to, back when we still used film to take pictures (God, how old I sound).  I had a very nice Olympus zoom lens camera with manual apertures and such, and was pretty good at it.  I stopped when the new digital cameras came out and haven’t really been doing any photography in years, but now I’m ready to start it up again.  I’m also going to put strong and unbending parameters around my work hours.  No more 24/7 accessibility anymore.  I’m going to shut down shop at 5:00 PM and no meetings on Fridays.

On the health front, I’m just about done with the expansion process and whoa nelly, is this one of the most bizarre experiences that I’ve ever gone through. I have to wait until mid-February (3 months post surgery) to have my next surgery, where my PS will replace the expander with soft implants which HAVE to be more comfortable than what I have in here now. We’re going to Cancun in April for spring break, so I’m anxious to get the surgery scheduled. And, once that’s done, I will be home free for at least a while! I cannot wait to get these babies out of there and have something normal-ish instead.