You are here: Home / Aruba, Here We Come 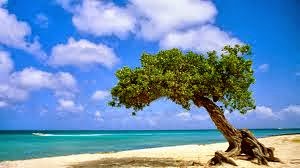 “Nothing is secure but life, transition, the energizing spirit.”
— Ralph Waldo Emerson

I’m kind of embarrassed to say that we’re going on yet another vacation again this Saturday.  This time we’re going to Aruba.  It’s just been a plethora of vacations this year and given the snow we had last weekend, I’m so glad we’re going somewhere warm and relaxing again because it’s been a whirlwind of a week.

Last Saturday the snow hit and a lot of our friends had no power, so we hosted a bunch of kids at our place for much of the weekend.  Then there was Halloween, and of course, we had a whole passel of kids here for that.  Then the High School was closed for the last 2 days because of all the homes with power outages, and we had a bunch of kids here every day just hanging out, taking showers and sleeping over because their homes were too cold. 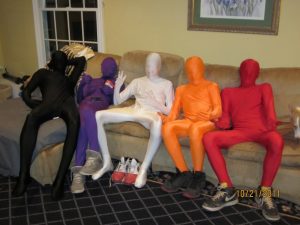 Chris (black one on left) and his friends in their Halloween Morph costumes
And, of course, in the midst of all that, I’m still sitting here at my desk working full time!  So it’s been a little hairy, but fun.  Now, with the vacation coming up, I’m starting to freak out about all the things we need to get done before we leave, so I’m glad the High School was finally open today so I can have the house to myself again.

I grew up in a house where we weren’t very comfortable inviting friends over to hang out, and we rarely had friends sleep over.  We just weren’t that kind of family.  I don’t think my husbands family was really that big on sleepovers either.  I think that’s why we’ve both consciously created a home where the kids feel comfortable bringing lots of friends around.  We might have gone a little too far.  Not a weekend goes by that we don’t have at least 1 and often several kids sleeping over.  And now that they’re teenagers, some days it feels like they’ve kind of taken over (they’re all so big and their presences are so much larger than they were when they were younger).

Whenever we have sleepovers, the basement gets quite a workout.  Recently, I found a large hole in the basement wall the day after a sleepover.  Hmmm…..seems my son created that hole with his shoulder during a basement football game.  The day after sleepovers the room is always a big mess, full of dozens of soda cans, lots of empty cookie containers, half eaten pizza slices, nerf balls, blankets, random pillows, shirts, socks and who knows what else.

But I wouldn’t change it for the world.  At least I know where they are and I get to know their friends.  Life is so vivid and all consuming when you have kids around.  I’ve been bemoaning the fact that I never have time to myself for years, but now I have this scary feeling that before I know it, they’re going to be grown, off to college and out the door for good and then I’ll be here by myself wondering what to do with my life.  So lately I’ve been trying to figure out what the next phase of my life is going to be.  I’ll keep you posted.