You are here: Home / The Komen Controversy

I’ve tried so hard to stay out of this whole Komen controversy.  But it just keeps building and growing and I feel like I need to weigh in with my thoughts on the issue.

I met Nancy Brinker.  I used to run a cause related marketing campaign that supported The Race for The Cure (when it was still called that), about 10 years ago when I was still working at Johnson & Johnson.  The campaign that I ran was one of the most fulfilling programs I’d ever worked on in my life.  Our sales and marketing teams loved the cause, and were highly involved, primarily because many of them had been impacted by breast cancer in their lives.  They had sisters, mothers, wives who’d had breast cancer and there were also a few women in the organization who were survivors, themselves.  So the program resonated with them, and the amount of passion that they brought to this effort was something I’d never experienced in my entire career.  I personally was very moved to be a part of this effort, and felt that I was doing something worthwhile that was making a positive impact. 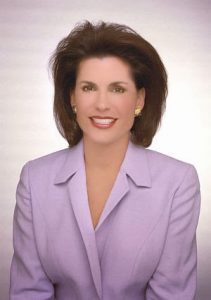 I invited Ms. Brinker to come and speak to our sales and marketing teams at one of our national sales meetings.  She came and spoke and was very eloquent.  But, she wasn’t warm or particularly friendly; she wasn’t someone I felt that I could connect with, and in fact appeared to be a bit of a Dallas socialite, to me. But after meeting her, it was clear to me that this was her true personal mission and I was clear that she had an intense focus on patient advocacy and a laser focus on finding a cure for breast cancer.  She wasn’t doing this for personal aggrandizement, this was her own personal commitment to fulfill her promise to her sister.

Fast forward to last year.  After my own diagnosis, I had a lot of time to read during all the 3+ hour chemo treatments and post surgical recovery time, and I read her 2011 autobiography, Promise Me where I learned for the first time that Nancy Brinker also had breast cancer.  Her sister Suzy, died of breast cancer at 36, Nancy was diagnosed in her 40’s and later had a recurrence and subsequently a bilateral mastectomy.  She still struggles today with the side effects of lymphedema from the lymph nodes removed during her surgeries.  The book also shares, very candidly, her struggles with dyslexia.  She talks about Suzy and how friendly and funny Suzy was, almost wistfully, noting that she herself wasn’t very fun, but was always the serious one.

Now, let me say for the record (in case you haven’t figured it out yet) that I am a Democrat and consider myself to be very liberal in my political leanings.  Nancy Brinker is a Texas Republican who supported the Bushes.  So, I’ve always had mixed feelings about her and this recent Komen/Planned Parenthood controversy didn’t really surprise me, although it has disappointed me tremendously.

BUT.  The woman has done a lot for me, personally.

Since their start in 1982, the Komen Foundation has raised over $1.9 Billion dollars for breast cancer research and treatment.   That money has changed the medical industry’s approach to how they treat and care for breast cancer patients.  I don’t agree with Nancy Brinker’s politics, but I would be a hypocrite if I were to completely dismiss all of the good that she’s done, which has benefited me, simply because I dislike her political affiliation.

I benefited from that money in many ways during my year and a half of breast cancer treatment. Because of the money and the work that came out of the Komen Foundation, I received my care at a hospital that had it’s own Breast Cancer Center that was completely focused on my health and well being.  The facility was welcoming and comforting and I received the best of care.  Before Nancy Brinker started her focus on breast cancer patient advocacy, there were no breast cancer centers, nor were there breast cancer center nurse coordinators to help provide us with education and information about our treatment options, and to help us navigate this very complicated treatment system (diagnosis, surgery, post surgical reconstruction, chemo treatment options, radiation, etc.).

A lot is being said about how Komen is only focused on awareness, that not enough money goes into research, and many are saying that awareness is high already and everyone knows about breast cancer.  I beg to differ.   I still talk to women now, who are frighteningly unaware of how to do self exams, how often to go for a mammogram, what their own risk factor is and who have little or no knowledge about their treatment options if diagnosed.

So, for those of you who are so quick to rage against Komen about the Planned Parenthood controversy, just take a moment to think about how you, personally, have already benefited from the money and focus that Komen has put on breast cancer.  Nancy Brinker’s legacy has been ruined and she will never be able to recover from that.  People are now calling for her resignation from the Komen foundation.  I can’t even imagine what it would be like to focus your whole life on something that you truly feel passionately about, and then have it destroyed like this.

I for one owe her a debt of gratitude.  I can only imagine how horrible it was for Suzy Komen when she was going through breast cancer back in the 80’s.  And I am grateful that her sister took on that promise and that I benefited from it during my own recent experience.  She may not be the woman I would have chosen to be my friend, but she certainly has helped me in ways that I could never have imagined.  What’s the old adage, “Don’t throw the baby out with the bathwater?”  Perhaps we could apply that to this situation.  Certainly the Komen Foundation is going to go through a huge overhaul.  Perhaps they will never recover.  But many of us have already benefited from what they’ve done, and I would just ask people to remember that.