You are here: Home / Life 3 Years After Breast Cancer
“We really need your generation to help push. We’ve got awareness, we’ve got screening, we have treatments — they’re not great, but we’ve got some treatments and we’re doing better — but let’s just get rid of it. To hell with it! The time’s come to go the next step. Let’s just end it — let’s find the cause and end it. And it’s a doable thing. We’ve done it with other cancers, we can do it with this.”
— Dr. Susan Love

It’s Breast Cancer Awareness month and so I guess it’s time to write an update on how I’m doing and where I stand in the whole process.  In some ways I dread talking about my experience now, since it feels so far behind me and that’s exactly where I want it to stay.  But this month I can’t hide under a rock about it, it’s wide out in the open and every where I turn I see reminders. 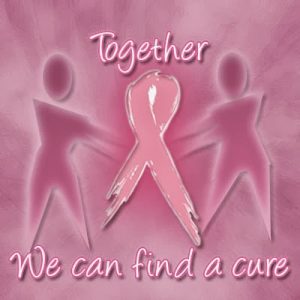 Do I worry about a recurrence? Of course, but not as much as I used to. The very word cancer is so frightening – when I first heard my diagnosis and for the 18 months of treatments and surgeries afterwards, I had panic attacks about it at least once a week, and almost daily during my chemo. Then, once I was completely done with chemo and surgeries and no longer actively fighting the cancer with anything medical, I asked my oncologist “So now that the chemo and surgeries are done, do we do the scans (pet scan, bone scan, cat scan, etc.) all over again to be sure nothing’s left or spread? He said, rather firmly, “No, we’ve found that there’s no benefit to doing the tests all over again. We simply see you every 6 months to check your blood and see how you’re doing” at which point I said “Got it, so when you check the blood, if I had a recurrence, the blood test would show it, right?” and he said, “No, not necessarily, it doesn’t always show up in your blood work. We would only really know it had returned if you felt some pain or lethargy or some other type of symptom.”

I was so stunned, I felt like a rug had just been pulled out from under my feet. I knew from what I’d read that if I was feeling symptomatic it would be too late as once you feel any pain with cancer, it’s already progressed pretty far along and has probably gone to a stage where there’s not much you can do to stop it. So that first month afterwards, I walked around in a bit of a fog, feeling naked and vulnerable.

And that scary feeling lasted for quite a while. The first year was a strange mix of breath-taking giddy joy that I was done with all the chemo and surgeries, and mind numbing fear that the cancer would come back. I didn’t know how to be myself any more; I wasn’t comfortable in my skin, my newly reconstructed body felt strange and uncomfortable.  That bald woman I had seen in the mirror for so long, didn’t immediately spring back to my previous self.  My hair and eyebrows took almost a year to come back in, my reconstructed body was strange and took a while to get comfortable with, my clothes didn’t really fit me the same way, and for the longest time I would look in the mirror and try to figure out who I was.  In fact, I never really went back to my previous self.  It took me almost 2 years to feel like I could own who I was. It’s only now, 3 years later that I feel solid in my skin, that I feel like the newly designed, post cancer me.

I know there’s a lot of controversy about the whole pinkification of breast cancer during this time of the year.  It doesn’t really bother me.  I personally know that awareness, mammogams and self exams are very important.  Many argue that awareness is high, that everyone knows how to find breast cancer, but I will tell you that I still know women who are caught unaware, who somehow don’t find their cancer until an advanced stage.  So, the more pink being spread around to raise awareness, the better, in my book.  Schedule your annual mammograms and do those self exams, ladies! 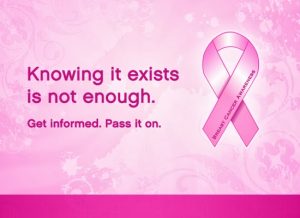