You are here: Home / Uncategorized / How I Unveiled My Reconstructed Breasts For the First Time and Probably Scarred a Young Boy For Life 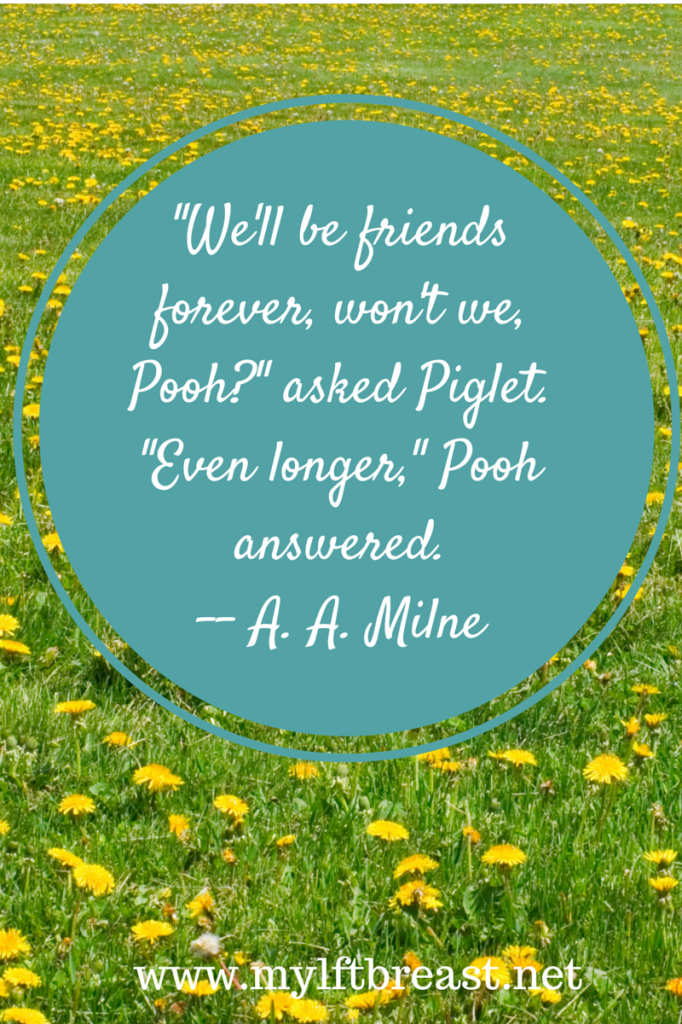 Tomorrow it will be 3 years since my mastectomy (November 15, 2010).  And, since it’s an anniversary of sorts, I wanted to write something to honor the day, but frankly I’m so sick of talking about the serious side of breast cancer that I decided instead I would use the occasion to relate one of the funnier breast cancer stories I experienced from that year which has become a legend of sorts among my friends (a legend in our own minds of course).

Let me set the stage.

Every December my two college friends and I meet in New York City for our annual girlfriends post holiday celebration.  We always start out the day with a long lunch where lots of good food and wine are consumed while we spend hours talking about the year and what we plan for the next; our year end celebration of life.  Afterwards we see the latest big movie of the season.

Well, of course 2010 was a pretty crazy year for the three of us (when you’re close friends with someone who has breast cancer, the drama kind of over flows and rubs off on all of you) and since that years celebration was especially important, a LOT of wine had been consumed by all of us by the time we were done eating.  Afterwards, we three all went to the loo, where I decided it was time for me to show them my new boobs.

You need to know that NO ONE had seen my new boobs yet.  Not even my husband.

I was still in the early stages of reconstruction with the expanders and the whole process had me totally freaked out.  I felt like Frankenstein with the scary scars and wanted these two, my best friends from college who had known me from way back in the day, to tell me the truth about how these suckers looked, and just how awful (or not) they looked.

So, all three of us crowded into the very tiny little restaurant bathroom stall where I proceeded to pull my sweater up and share the new boobs in all their glory.  There was a lot of peering, oohing, ahing and poking.  I recall there were some comments along the line of how natural they felt, how they looked pretty good (considering), how they looked much better than they’d expected, and in general, my friends gave the new girls a big stamp of approval.

When we opened the stall door to leave, it suddenly dawned on all three of us that this was a co-ed bathroom.

And there was a line of people waiting (we’d been in there for quite some time and there were only two stalls).

And the first person on line was a young boy who looked to be about 10 years old, with a frightened and horrified look on his face.

Behind him were several adult men and women, all looking at the three of us as if we were absolutely depraved.

I nonchalantly sauntered over to the sink to wash my hands, while my two friends skulked out of the bathroom pretty quickly, absolutely mortified at the whole scene.  I’m pretty sure we scarred that poor kid for life, but it was one of the funniest moments I’d experienced in what had been a horrible year, so I could have cared less about that poor 10 year old boy at that moment.

We ran out the door of this very fancy restaurant, drunk off our asses, laughing maniacally and all I kept thinking was how lucky I am to have such good friends who will be with me through anything I face.

Hence, the A. A. Milne Piglet friendship quote.  My absolute favorite of Milne’s characters (right behind Winnie himself, of course).