You are here: Home / It Took A While For This Lifelong Klutz To Come To the Realization That Sports Are Good For Her Kids 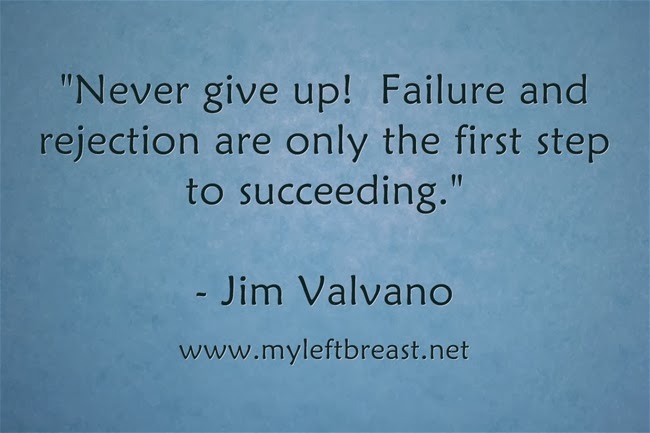 I’m extremely supportive of getting your kids into organized sports during their grammar and high school years which is kind of unusual in light of how incredibly uncoordinated I am and have always been.

I have been known to trip while I’m standing still.  In flats.

When a ball is thrown towards me, I run away from it or duck for cover.  I have absolutely no hand-eye coordination.

It’s so bad in fact, that I’ve often wondered if there was something physically wrong with me, as if I had some kind of mysterious genetic mutation that made me so uncoordinated.

Every September throughout my childhood, that year’s new gym teacher would approach me and decide that they were going to take on the challenge of my lack of coordination.  They always seemed convinced that it was just the lack of effort from other teachers before them that had failed, somehow they would be able to do what no other gym teacher had been able to do.

They would be so optimistic about it that I’d even begin to think that maybe they were right and they could create magic and somehow teach me how to be coordinated, how to excel (or even make a passable effort) at even one sport.

There was one teacher who I really liked in High School, Mrs. Schnitzer.  I even liked the friendly sound of her name.  She was really nice and was convinced that she could teach me how to play tennis.  Good God, what possessed her to think that I, with my horrific hand/eye coordination could master such a game?  But who knew, maybe she could do it?  I was so optimistic.

We spent at least a full class period trying and trying to get me to just volley the ball once, for pete’s sake.  She kept saying, “Schmidty, keep your eye on the ball,” as if I didn’t know that, and I would woefully tell her, “Yes, Mrs. Schnitzer, I AM keeping my eye on the ball,” but no matter how much my eyes were glued to that tennis ball, my arm did NOT connect with it.

After about two gym classes of this, she finally threw her arms up in the air and said, “Schmidty, I don’t what to do with you!” to which I replied, “Me either.”  I was chagrined, I had really high hopes for Mrs. Schnitzer’s confidence in me, she seemed so sure of her ability to make an athlete out of me.  For the rest of the marking period, I would mostly just hang around and watch the other girls excel at whatever the heck sport we were focused on for that semester.

It was terribly embarrassing to be so bad at sports at that age.  I can still remember how mortified I’d feel whenever they’d pick teams, because I was invariably the very last to be chosen.

Over time, I put it behind me and wound up being good at other, non sports related things.

And then I met my future husband, who turned out to be a huge sports fan and a naturally gifted athlete.  Who knew?  What the heck did we have in common, you might ask?  Well, we both also really like music, and both of us are liberals, with a good dose of common sense and shared moral fiber thrown in to make us work as a team.

And there’s where the kids got really lucky.

Because since he’s such a natural athlete, my husband got both of the kids into sports at an early age.  He had my son in T-Ball at around 4 years old and then coached his Little League teams for years afterwards, all the way up to High School.  He was also the coach for my son’s basketball teams for many years and the result is that my son is a very strong athlete who’s on the Varsity basketball team as a Sophomore, and a pretty good baseball pitcher, too.

My daughter never liked team sports as much, so at the age of 11, my husband enrolled her in Tae Kwon Do and she’s been hooked ever since.  She has her freakin’ Black Belt and has been sparring with adult men who are over 200 pounds and up to 6′ 2″ since she was about 12 years old, without batting an eye.  Girl could kick your butt.

And from what I see, what I’ve read about the benefits of sports is all true.  It builds confidence, instills respect and shows them how to work within a team; all of these skills will help them in the future, both in their general life and in the workplace.

So after all these years, the circle is complete and I now am a big sports aficionado.  Who knew that after all those years of hating sports, I would be spending so much of my adult life on the bleachers at basketball, baseball and Tae Kwon Do tournaments?

What about you?  Are you a klutz or a sports whiz?  How about your kids?

Previous Post: « The Best Advice I Ever Received
Next Post: How I Shaved My Head When I Was Going Through Chemo For Breast Cancer »