You are here: Home / I Love New York!

It’s been a busy week for me, with lots of work projects and two visits into the City (New York City, for those readers who aren’t on the East coast).

Tip for any out of town readers who plan to come for a visit, if you don’t want to seem like a tourist you say you’re “going into the City,” not “I’m going to New York City.”

Because I’ve lived near New York my whole life, I really love it and am an unabashed fan.  I personally think it’s the second best city in the world, right behind Paris.  There are so many things to do with every type of food you’d ever want and such a variety of cultural activities that you could visit for weeks and never see it all.

This week I went into the City for a meeting at Jazz at Lincoln Center which is inside the Time Warner Center on Columbus Circle, one of my favorite parts of  NYC.  It’s the first time I’ve been to Jazz at Lincoln Center and it’s a gorgeous venue with wonderful acoustics.  I was there for the Nickelodeon upfront media review, and at the end of the show (which was very well done) they had Sara Bareilles come out to perform; an unexpected treat!  She’s adorable and charming with a knock-out voice.

The next night I went back into the City for dinner and a play with my two oldest and best friends from college. Let me clarify before they chew my head off; they’re not OLD, they’re just long-time friends!

We went to Da Tommaso on 8th Avenue and 53rd for a delicious dinner and lots of fun talking and catching up.  We see each other at least once a month, and catch up on the phone often, but we never seem to stop talking (and laughing) when we’re together.  There was good wine, a cocktail or two and great Italian food.  I find that there’s nothing better for my soul than to spend time with old friends who knew me back-in the-day.  It refreshes my spirit and lifts me up for days afterwards. 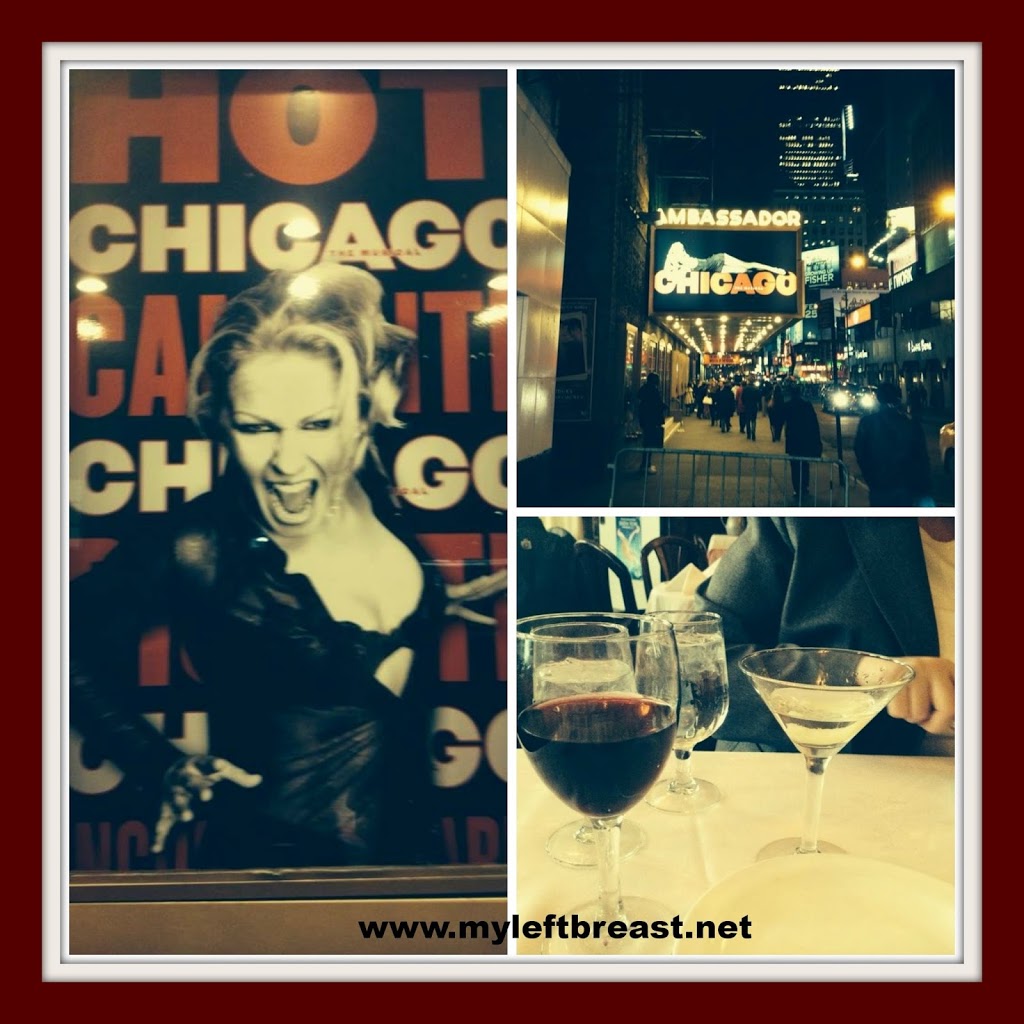 Then we went to see the musical “Chicago” at The Ambassador Theater.  I’d never seen the play on Broadway, only the movie, so this was a treat.  It’s a great production and I just love that Bob Fosse style of dance.

Now it’s back to the weekend chores of grocery shopping and laundry (for those teens).  Tonight we’re going to a St. Patrick’s Day party and I really hope that they don’t have corned beef and cabbage — blech!  What’s to like about boiled meat?  Never liked it, never will (and I’m about 40% Irish).

Hope you’re all enjoying the week; spring is right around the corner.  I can feel it coming finally!  What about you, my readers?  Any fun plans for St. Patrick’s Day?