You are here: Home / The Obligatory Oscar Night Top 10 Recap!

Last night was The 2014 Academy Awards and I personally felt they were better than they’ve been in the last few years.  Here are my top 10 highlights:

1.  Ellen Degeneres as host.
Ellen was fun, playful and interactive, going down into the audience frequently to engage with the famous and glitterati with no compunction.  She took a selfie of herself and about 10 other huge stars sitting in the front row, that literally crashed Twitter for about 3 minutes.  She ordered pizza and stood there handing out slices to Brad Pitt, Julia Roberts and Kevin Spacey.  (Brad and Angie asked for pepperoni, by the way). Then she asked them all to pay for it, saying she didn’t have enough money.  And later she came out in a Glenda the Good Witch gown!  Best part of the night was how the stars all seemed to be having so much fun with Ellen. 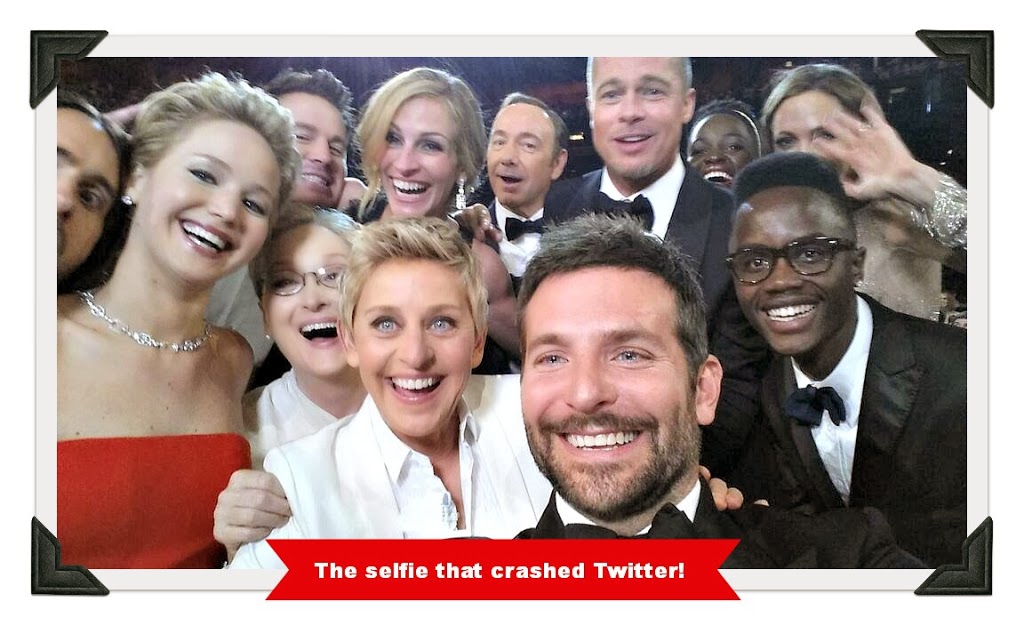 2.  Pharrell Williams performing “Happy.”
For some reason, this song never gets old, I could listen to it forever. Pharrell wore a black version of his Yogi Bear hat and went down into the audience where he danced with Meryl and Lupita who both rocked it out.

3.  Jared Leto’s Best Supporting Actor speech.
Jared gave a beautiful and moving speech about how his single mother Constance (his date for the evening) supported and encouraged Leto and his brother which brought the house down.  He gave an honest and thoughtful speech where he recognized his fellow nominees as well as the 36 million who have died from aids.

4.  Lupita Nyong’o’s Best Supporting Actress Speech.
Another moving segment of the evening.  This beautiful young actress wowed me with her eloquence and poise.  She brought the house down with her inspirational speech which closed with her quote:  “No matter where you’re from, your dreams are valid.”

5.  John Travolta mispronounced Idina Menzel’s name right before her “Let It Go” performance.
She sure must have had to let it go, to have the presence of mind to belt the song out the way she did after having John make such a major faux pas.  And, of course, someone put up a twitter handle for “Adela Dazeem” within minutes and they already have over 12,000 followers!

6.  Jennifer Lawrence fell down.  Again.
And that was even before the show started, while she was still walking down the red carpet.  And once again, she proves herself to be the most charming person who we all want as our BFF, because she just held her head high and laughed it all off.

7. The Divine Miss M poured her heart out and made us all cry.
Bette Midler sang right after the In Memoriam segment which had me crying as soon as the first image of James Gandolfini went up. And she looks gorgeous, by the way.

8.  Pink brought the house down singing “Somewhere Over The Rainbow.”
Who knew that Pink would be able to hold her own with Hollywood’s best and brightest?  She sang passionately and looked gorgeous in a classy red gown.

9.  Cate Blanchett called out the industry for not paying enough attention to women.
Cate won for best actress (not a surprise as she’d won so many other of the seasons award shows) and during her speech she spoke about the need for more films starring women, catering to women since we all spend money and women’s films make money! She also wore one of the evenings most stunning flesh colored gowns embellished with beautiful beading and pailettes.

10.  Matthew McConaughey’s best actor award.
Alright, alright, alright!  His lovely reference to his dad “sitting up there in heaven with a beer” was so true to his persona.

What did you think?  What were your favorite Oscar moments?