You are here: Home / Travel / The Great French Adventure: Part 1

Selfie in front of the Eiffel Tower

I just got back from a trip to France. Check another one off the bucket list.

When I decided to plan the trip in January of this year, I had originally wanted to go with my 2 best friends from college.  We often travel as a group of 3; Friend #1 (let’s call her Mata Hari) and Friend #2 (we’ll call her Gloria Steinem). And yes, I have assigned them these pseudonyms because they remind me of these famous characters. I hope they’re pleased with my choices.  If not, oh well, it’s my blog.

Well this year Gloria Steinem said she couldn’t make it because of another trip she had previously planned so it was just going to be Mata Hari and I. I was a bit disappointed that Gloria Steinem couldn’t join us, but was thrilled to be going with Mata Hari.

I arrived in Paris on Saturday at about 8:30 in the morning. Mata Hari had texted me earlier, explaining that she’d been delayed and wouldn’t be at the hotel for another hour or so, so I got a cab to our hotel in the Latin Quarter by myself.

As I was checking in, a little punchy from jet lag and lack of sleep, I heard a familiar voice behind me say, “Hey Claude.”  I turned around to see best friend #2 (remember we’re calling her Gloria Steinem) standing there with a huge, cat who ate the canary smile on her face. I was stunned, excited, overwhelmed and quite speechless (which is very unusual for me).

I stood there with my mouth dropped wide open for about 5 minutes; the woman behind the desk said later that she was afraid I was going to have a heart attack (which by the way, was a bit surprising and a little insulting as I don’t think I’m old enough to have a heart attack, but I suppose that’s just my deluded thinking since in reality, I’m probably the exact right age to be in heart attack territory. In my head, of course, I’m still holding at around 39 years old).

I had just about absorbed the fact that Gloria Steinem was actually there and going to join Mata Hari and I on this trip when I heard another familiar voice say, “Claudia?” and turned around to see another of my best friends from college (let’s call him Truman Capote). The trip was complete; the four of us were on a wild adventure together in Paris!

On that first day we visited Musee D’Orsay and the Rodin Museum. We walked along the Seine on our way to the museums and below are pictures. Paris is so beautiful at this time of year. The weather was bright and sunny, the temperature was cool and breezy; perfect travel weather. 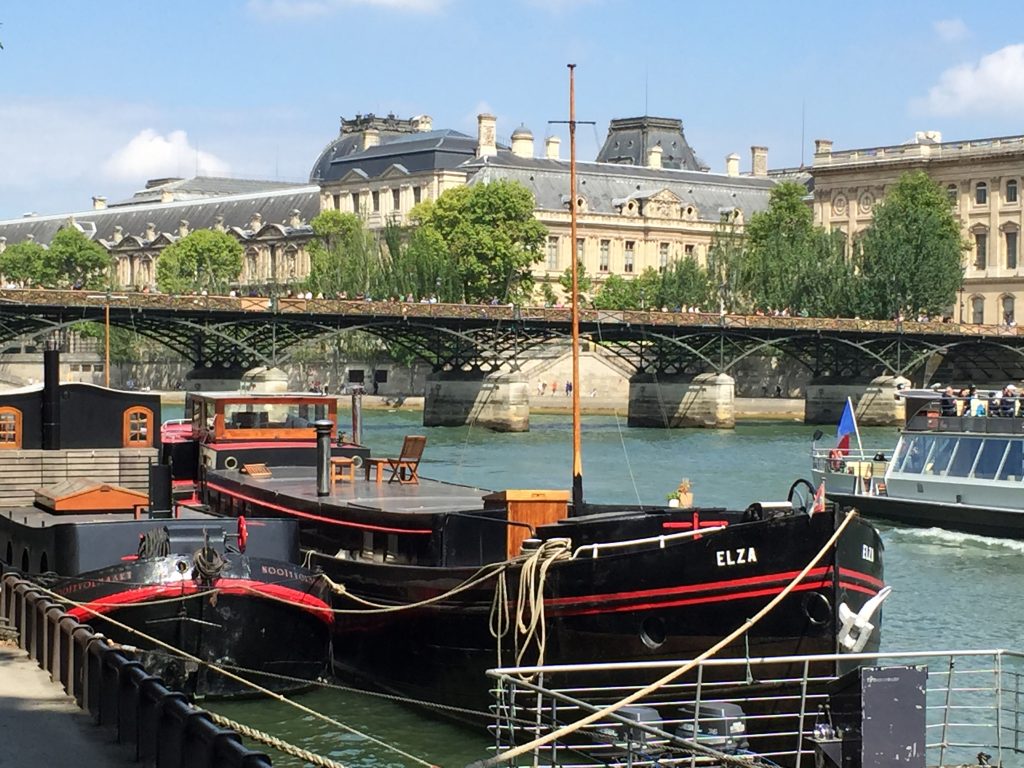 Walking along the Seine 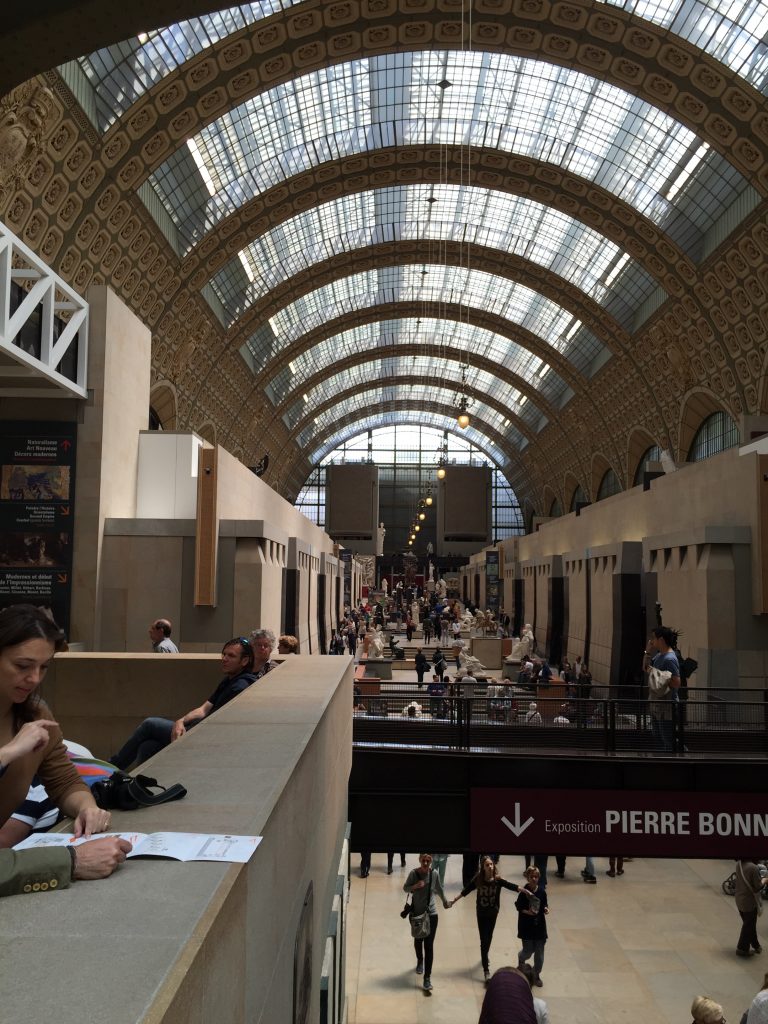 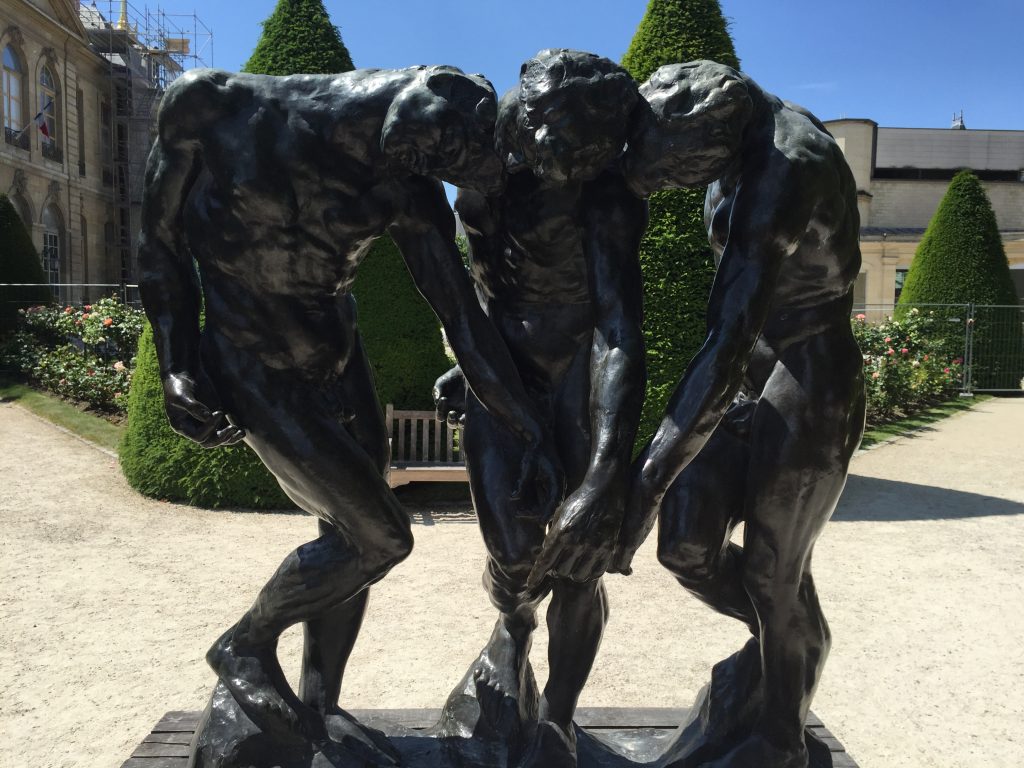 In the Rodin Museum Gardens

It was one of those amazing days where you’re so content and excited and happy that you feel like you’ll burst with gratitude.

Then, I stopped to withdraw some Euros from an ATM machine and realized I’d been pick pocketed.

Holy moly, crappin’ monkeys. I felt like such a rube. I fancy myself to be this savvy traveler and here I am on Day #1, getting my wallet stolen and not a dime or a credit card on me with another 7 days of vacation in front of me.  And of course, when I called my husband to tell him about it, he almost gleefully reminded me that it wasn’t as if I didn’t know this could happen, as he’d told me about it when he’d last been to Paris, how the pick pockets are all over.

So: lesson learned. Put your money and credit cards in several different places in your pocketbook, use a zipper bag, wear it strapped across your body and hold it tight, ’cause there are a lot of very deft pick pocketers in Paris (and I suppose in every big city).

We raced back to the hotel and I spent the next few hours obsessing (sorry, Gertrude, Mata Hari and Truman; I know I was acting like a nutter) and calling my credit card companies to cancel the cards. Thankfully, my passport was in a separate compartment so wasn’t taken.

I am so lucky to have such good friends who told me not to worry as they would just put everything on their credit cards and suggested that we head off to dinner and a few glasses of good French wine where things began to get back on track again. Because after all, getting your wallet stolen isn’t the end of the world, right? I mean, if I could get through breast cancer……right?!

And at the end of dinner, there was a big to-do with the waitress, because all of their credit cards were being rejected since they hadn’t called their credit card companies in advance to let them know they’d be in Paris. It was quite a fiasco and very memorable. At this point, I’d had quite a bit of wine and was Vogue-dancing like Madonna on the street heading back to our hotel. Mata Hari was not amused.

2015 is 5 years since my breast cancer diagnosis and this trip was my celebration of the importance of this date and how far I’ve come since 2010. I am so touched and humbled that my 3 college friends went to all this effort to be there with me during this celebratory trip. And mind you, I speak to each of them almost every week or 2, so they kept it a complete secret for 5 months. I still don’t know how they managed that.