You are here: Home / Travel / The Great French Adventure: Part 3

On day 3 of our French adventure, we went to Pere Lachaise, the huge cemetery in Paris where many famous artists, musicians, writers, heroes, politicians and actors are laid to rest. I’d wanted to go to see Jim Morrison’s grave, so we made our way there via the metro, in the late afternoon after spending our morning on a bus tour around the city. 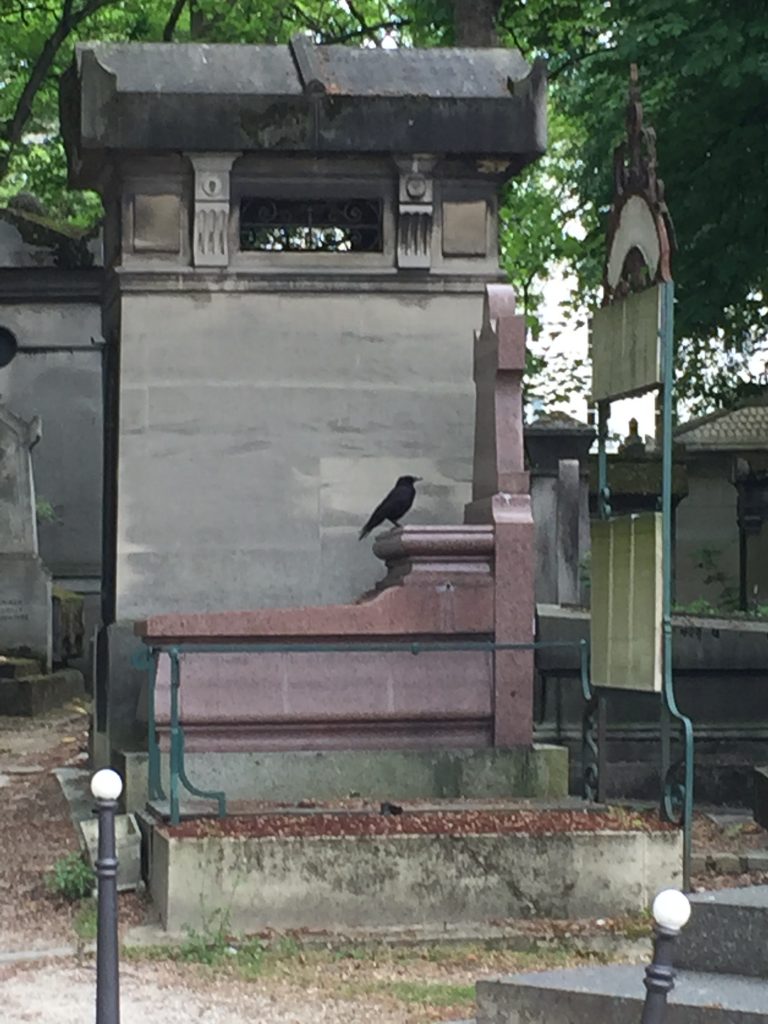 Just as we started up the path into the cemetery, a black crow settled on top of this grave. Very Edgar Allen Poe-ish.

The cemetery is huge, 110+ acres, and filled with countless ancient and impressive graves as well as beautiful, well maintained gardens.

As I talked my friends into visiting Pere Lachaise, it occurred to me that I was choosing a rather odd assortment of places to visit on my trip to France. Why did I feel so compelled to go visit this and several other graveyards?

It’s a weird, general theme I had planned for much of the trip. In addition to Pere Lachaise, we later made a visit to Rouen where Joan of Arc was burned at the stake, followed by a trip to Normandy with it’s thousands of graves, celebrating the war heroes of WWII (more about those trips in another post). While it might seem macabre to spend so much time visiting cemeteries and scenes of such sadness, the historical impact of them was moving and awe inspiring.

Pere Lachaise is a peaceful and spiritual place. I find it amazing that so many significant and important historical figures rest in this public graveyard where anyone can go search them out to pay their respects.

The first grave site we saw was Jim Morrison from the 1960’s band, The Doors. It was relatively easy to find; all we did was follow the trail of young people. They were an interesting bunch of devotees; groups of young, intense, somber yet curious young people, all winding their way up the paths to pay their respects at Morrison’s grave.  I found it to be quite peaceful and a fitting site for the young rock god. 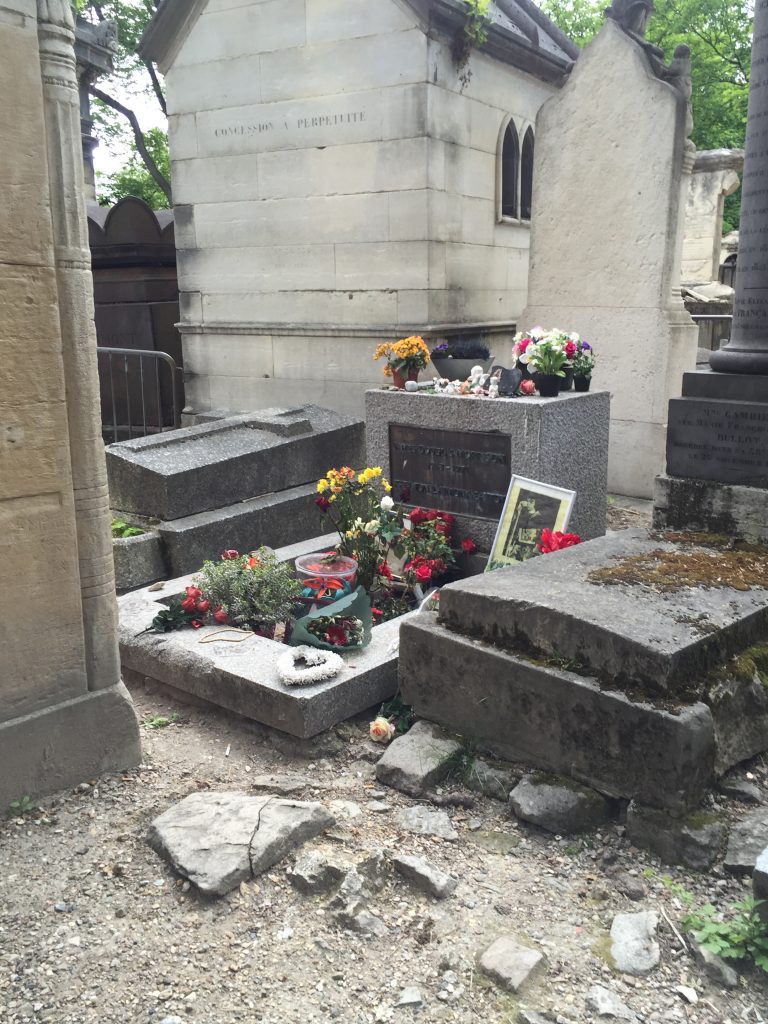 Jim Morrison of The Doors.

As we headed up the winding trails, we came upon a section of the cemetery devoted to memorials for WWII heroes, including many who had fought as resistance fighters during the French occupation. It was a holy place with stark, dramatic and terribly sad memorials to all those who had died during this horrible time in our history. This particular memorial was for the prisoners of Ravensbruck concentration camp. 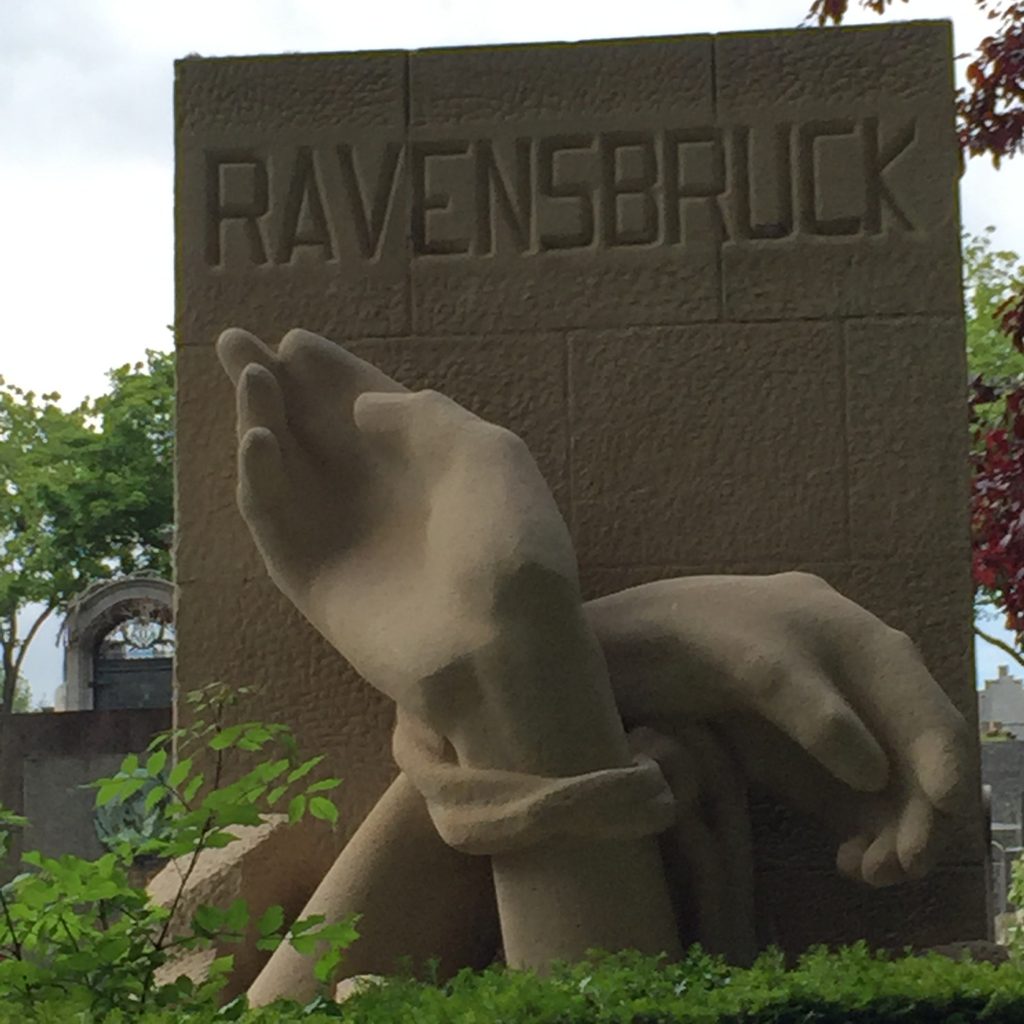 Memorial to those who died in Ravensbruck concentration camp.

Next, we decided to head on up the hill to find the resting place of Edith Piaf, the wonderful cabaret singer who became France’s most beloved diva during the 2nd World War and then tragically died of liver cancer at the young age of 47. I was humming “Non, je ne regrette rien,” my favorite of her songs on my trek up the hill to her grave site. It was hard to find, we had to ask other cemetery goers along the way and we finally found the family site amidst a group of memorials, on the left hand side of a long road way up in a top section of the cemetery. 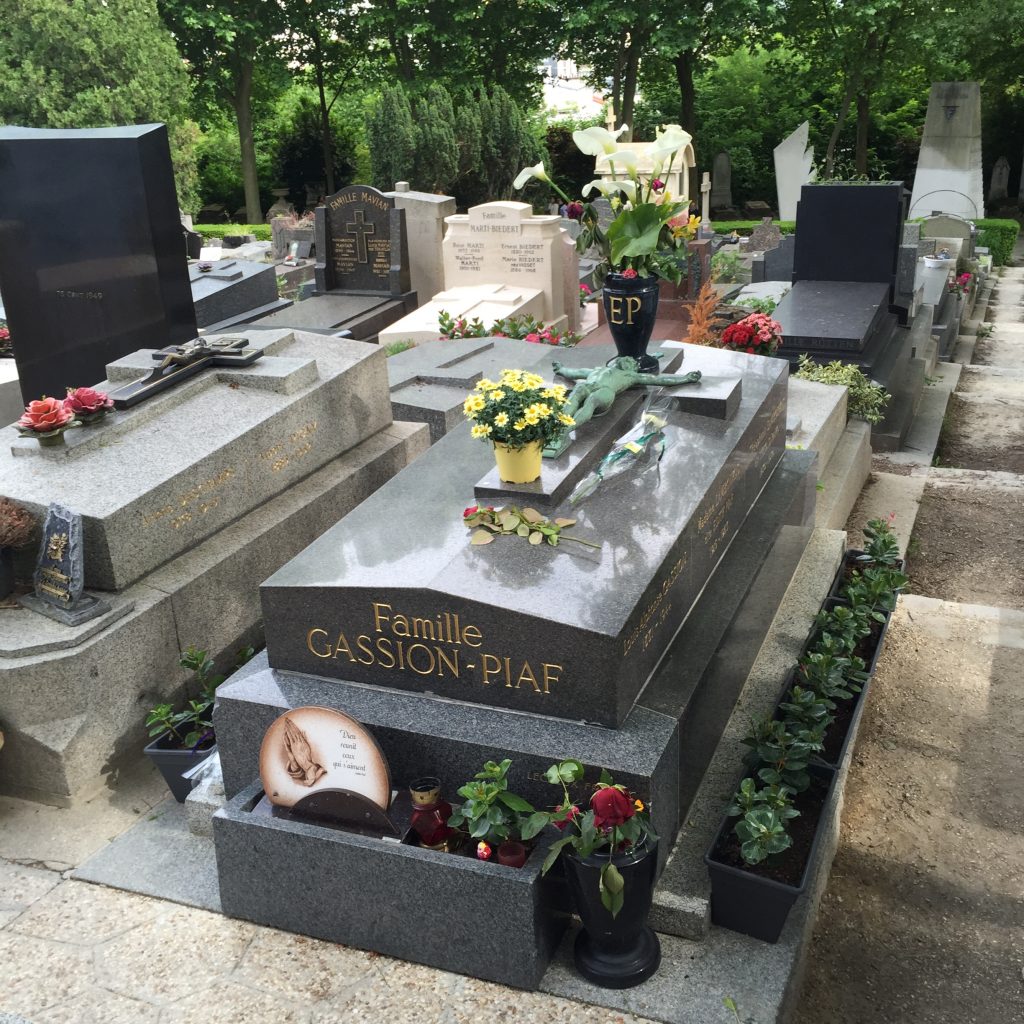 We also stumbled upon Oscar Wilde’s beautiful Sphinx gravestone below. Very stunning and quite dramatic with a glass wall all around it to keep out vandals who had apparently been leaving lipstick stained kisses on the stones sides. Sounds very unhealthy to me 🙂 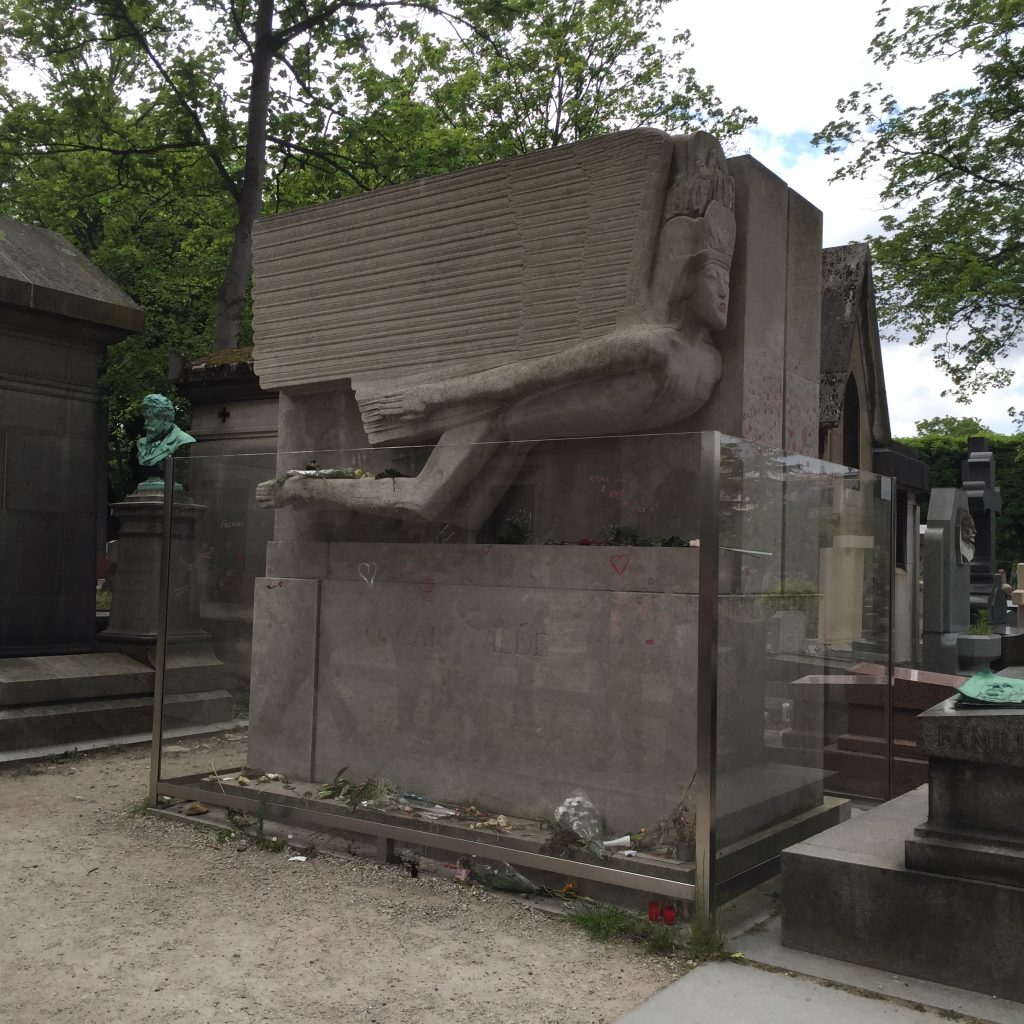 You could spend days here and still not find all of the many fascinating and celebrated people who have been buried at Pere Lachaise. I’m so glad we took the time to visit, as the sheer historical significance of the cemetery was awe inspiring.

Next I’ll share the details of my visit to a Parisian police station to report my stolen wallet and le pick-pocketing. Another interesting tale. Au revoir, until my next installment.