You are here: Home / Family / Who Else Remembers Tony Home Perms? 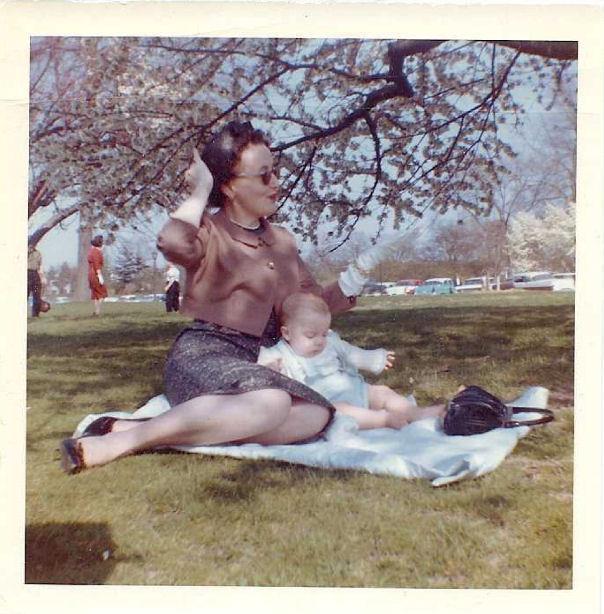 Mommy, looking all glamorous with her hat and chic outfit with heels.

As a child, it seemed that my mother was constantly ironing.  Every night, we’d watch TV in the rec room and she’d stand behind us at the ironing board with a pile of washed, dampened and starched shirts rolled up in a ball and stored with several other small round balls, all packed into one big plastic bag of balled up shirts, waiting to be ironed.  She’d take them out, one at a time and iron each one into stiff, clean, perfect displays of ironing.

Mommy was proud of her ironing capabilities and pleased when we bestowed upon her the title of “most awesome ironer.”  Starch and steam would rise to warm the room while she pressed endless white cotton shirts for my father and various pastel cotton shirts, pinafores and crinolines for us.

While mommy was ironing, my father would comb our hair a hundred strokes each, after our nightly bath and shampoo ritual.  There were three of us girls, and it took at least the entire length of The Ed Sullivan show to brush out our three curly heads of hair.  Mine was the curliest of the three, so it was with a mixture of dread and anticipation that I looked forward to these Sunday night hair rituals.

The dread arose from the fact that my hair was so unruly and curly that it took lots of painful tugging and pulling to get the brush through it.  But once through, the rest of the hundred strokes were mesmerizing and put me into a trance.  There were so few expressions of affection in my family that the ritual of hair combing was one to be relished, one of the few times we had physical contact with my parents.  And since they were firm believers that “cleanliness was next to godliness,” the ritual of hair washing and brushing was sanctioned by them, and therefore even more pleasant for me.

When we were little girls, everyone was getting “Tony Home Perms;” a home permanent system which gave girls with straight hair, long curly ringlets.  My two sisters had fairly mildly wavy hair, so my mother decided to give them home perms.  And in her inimitable way, if two of her girls were getting their hair permed, then darn it, all three of her girls were going to get their hair permed, whether they needed it or not.

So, there we sat, all three of us in our garage with the door wide open for ventilation, sitting on three kitchen chairs all in a row, with dozens of 1/2 inch hard plastic purple curler rods in our hair, and the dreadful smell of the Toni Home perm mixture permeating our noses and the garage.  I was filled with a sense of panic, knowing that once those little rods came out, my hair would be even curlier, even more impossible to comb, even more knotted and gnarly than ever.  It occurred to me then, even at the age of 10, that this didn’t seem like the most logical thing to do on my mother’s part, but there was no arguing with her once she had an idea in her mind. And so each year, my hair was curlier and curlier. 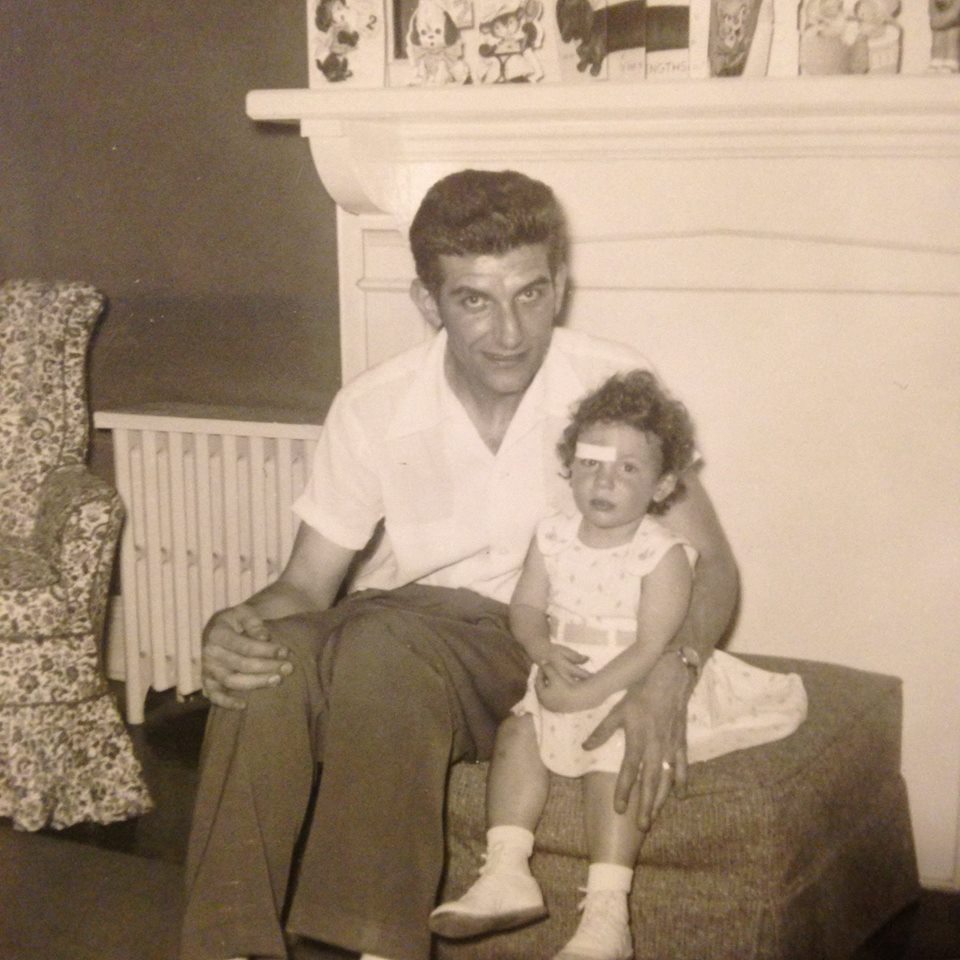 My father was a fairly mild-mannered, extremely handsome man.  Now that I’m older, I realize that he was unusually involved with raising us considering the era in which he lived.  He was also very involved in sharing with housekeeping, etc.  He would do laundry often, would vacuum frequently, did dishes, straightened up, helped with cooking periodically.  I was so used to it, that it came as quite a surprise to me when I was older and lived with men, to realize that most of them didn’t share my father’s interest in helping around the house; most men I met didn’t have his Germanic tendency towards neatness.

Our house was spotless, my mother was clean almost to the point of having obsessive compulsive disorder.  Somehow she managed to keep the house in perfect order, even with 4 children and a full time job as chairman of the English department at Mother Seton Girls Catholic High School, in addition to her secret, hidden story of having multiple sclerosis.

She taught for most of our school years, from when I was in grammar school through college.  She loved teaching; I believe it gave her a sense of self, a sense of her own worth.  A born storyteller, she made the literature come alive to her students, who loved her.  Many of them corresponded with her for years after they graduated and she faithfully kept up with writing them.

I think of them often, now that my own kids are 19 and 17. I was a rebellious teen and put both of my parents through hell, growing up, and wish I had the chance to tell them I regret it, now.