Unfortunately, mine is a rather familiar story.

I found a lump in my left breast on January 19th, 2010. I read in bed at night and it was very cold that evening, so I had my arms around my shoulders when I grazed something on the top of my left breast.  It was a very hard lump, quite pronounced, about 1 inch in length and 3/4 inch wide. 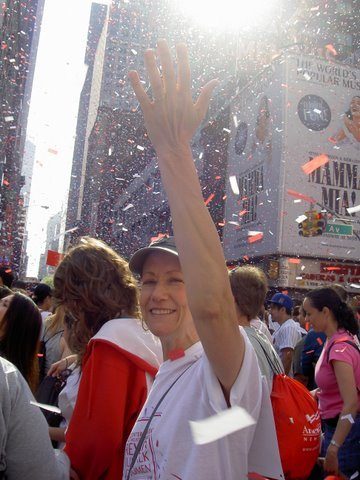 I knew something was wrong but I was busy getting ready for my daughter’s 14th birthday party and I didn’t really have much time to think about it. I figured it was just a cyst and scheduled an appointment with my OB/GYN for a week later. He also thought it was nothing to worry about, but just to be safe, sent me for a mammogram and ultrasound.

After the mammogram, which was inconclusive because of my dense breasts, the radiology technician did an ultrasound. During the ultrasound, she asked me to hum whenever she would highlight a suspicious area. As I watched the ultrasound image I noted that when I hummed while the ultrasound wand was on my right breast (the one that didn’t have a lump), the area showed up all blue.  On my left breast with the lump, when I hummed, it was red.  I knew that was bad, that something wasn’t right as the technician spent more and more time on that red-hued left breast lump.

The radiologist came in a little later and everything after that became a blur as she told me that I had to have a biopsy done, and for the first time, the words breast cancer were used.  I burst out crying, saying “I have a 12 and 14 year old,” and she put her arm around my shoulder and handed me a breast cancer brochure.

On February 9th, my husband and I met with my breast cancer surgeon who did a needle biopsy and told me she thought it was Stage 2 breast cancer.  We quickly scheduled a surgical lumpectomy for 2/18/10. The original pre-biopsy report assumption was that my cancer was early stage, because she thought it was about 2.2 centimeters, but she was fairly certain from feeling under my arms, that there was no lymph node engagement.

During the lumpectomy my surgeon removed my sentinel lymph node which is the first node that fluid goes through (hence “sentinel,” like a sentry guard) and if this node has cancerous growth, means your cancer may have migrated elsewhere. My lymph nodes were cancer free, which my breast surgeon said was a very good thing.

After the lumpectomy, she told us that it was one tumor which she’d removed with 2 mm margins all around (this is good, 1 mm is acceptable, so 2 is even better) and she said she was very clear that she removed all of it. She also said that the tumor was smaller than she had originally thought and that it was only Stage 1 and everything was very positive and maybe I wouldn’t even need chemo because it was so small and there was no lymph node engagement.

So my husband and I sailed out of there on cloud 9, and I was thinking “Cancer, Schmancer, I beat this thing, I am wonder woman, we may not even need to tell the kids about this.” I was really relieved and kind of thought maybe this whole breast cancer thing wasn’t going to be that big of a deal after all.

Two weeks later, on a Friday afternoon about 5:00, I got a call from my breast cancer surgeon who said that in a discussion post-surgery my radiologist kept talking about the fact that there were 2 connected tumors on my mammography films but what the surgeon removed was in one mass and not two separate tumors. So my breast surgeon said that she was losing sleep at night and the only way to resolve it was for me to have an MRI to be 100% certain that she got all of that original tumor out. I was certain there was nothing to be worried about and scheduled the MRI, sure that all would be fine (have I mentioned that I’m sometimes unrealistically optimistic?).

Two or three days after the MRI, I got another late afternoon call from my breast surgeon. The MRI showed that she had in fact removed the entire original lump, however, because it is so sensitive the MRI discovered a second teeny, tiny lump at the very bottom of my left breast (remember the first one that had been removed was at the top).  Because I have very dense breasts, something I didn’t learn of until after my lumpectomy, the second very small lump didn’t show up on either my original mammogram or my original ultrasound, or even the many others I had afterwards.

And that’s when everything got really bad. Because it turns out that when you have 2 different tumors that are in 2 separate quadrants of your breast, the recommendation is to have the entire breast removed.

This was also the same week I received my Oncotype DX test results which were not very good. Oncotype DX is a test that looks at 21 genes taken directly from your tumor tissue which determines whether or not you will benefit from chemotherapy, if you’re in the Stage 1 or 2 range. Oncotype DX has a test scale of 1-50 and I tested at 36, with a 24% chance of distant recurrence (which means the cancer has a 1 in 4 chance of coming back). This is a pretty bad score. Not exactly what I’d had in mind back when I heard it was only Stage 1 and my husband and I were doing the happy dance after the lumpectomy.

Between the 2 tumors, and the high Oncotype DX results, my life was turned completely upside down. Not only was I now facing a mastectomy, but I was going to need a fairly rigorous course of chemotherapy treatments, not the 2 months I had thought likely at the beginning of the process.

That spring and summer, I went through 6 months of chemotherapy. After chemotherapy, and a lot of soul searching (including a second opinion) I elected to have a bilateral mastectomy to remove and reconstruct both breasts.

Reputable breast cancer websites and blogs were helpful information sources for me during this entire process and I hope that the content posted in My Left Breast will help others who are also going through a similar experience.

I found that like almost every other experience in my life, going through cancer taught me a lot of very powerful lessons.

Don’t get me wrong. I’m not saying I’m happy about having breast cancer. I wouldn’t wish this on anyone in the world and it was one of the most frightening experiences in my life, but since I went through this process, I feel that it’s important to take away something from it so that it wasn’t all in vain.  And with My Left Breast, I hope to share what I learned with other women like myself who may be facing a similar experience. 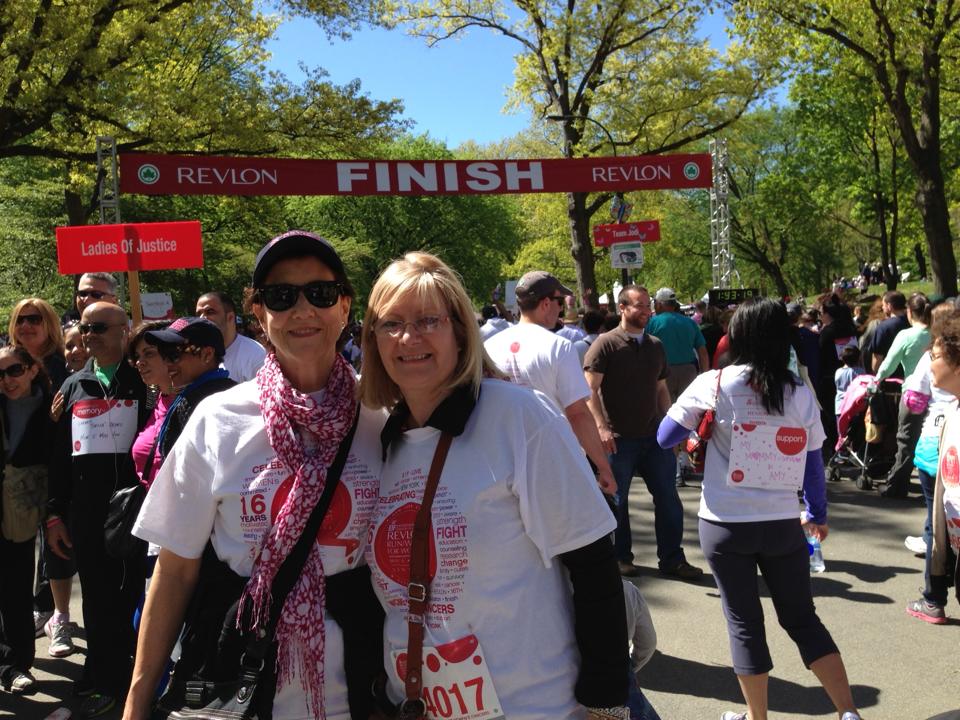 It’s now been ten years and I’m NED, with No Evidence of Disease. Do I still worry about a possible recurrence? Absolutely. Dr. Susan Love said “All Cancer is Metastatic,” but I’ve done what I could to treat mine, and for now I’m focusing on experiencing my life as fully and deeply as I can muster, which for me involves spending as much time as I can with family and friends, reading and traveling as much and as often as I can. In a lot of ways I feel stronger and more powerful than I felt before I had cancer. I intend to live a long and healthy life.

If you’re a reader going through your own recent diagnosis, I hope that My Left Breast will help you navigate the journey. And, I hope that the fact that I’m now stronger and more at peace with myself than before, will help you see the light at the end of the tunnel. Cancer does not define us, it is only a part of us. We define ourselves and our own lives.